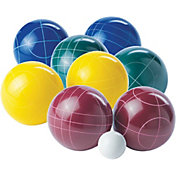 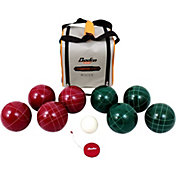 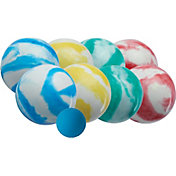 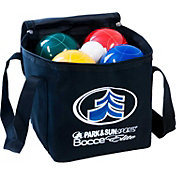 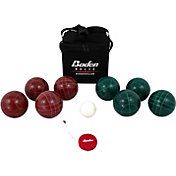 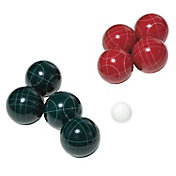 Bocce ball is a classic backyard game and is perfect for your next get-together. Get the action going with a bocce set from DICK'S Sporting Goods today.

Bocce is simple and fun—a great game for people of all age groups and skill levels. Shop bocce balls from popular brands, including Franklin® and Park & Sun Sports®. Looking for something else? Shop the whole collection of outdoor games.

How to Play Bocce Ball

Bocce is played with eight large balls and one smaller target ball called the "jack." Each team plays with four balls.

The game begins with a coin toss, and the team that wins throws the jack first. After the jack has landed, teams take turns tossing bocce balls—the aim is to get your ball as close to the jack as possible.

When everyone is done tossing their bocce balls, measure the distance from the balls to the jack. The team with the closest ball earns a point, and the next round begins. Continue playing until a team reaches 21 points.

Many players throw their bocce ball underhanded during play. You can play in an open area, like your backyard, or on a bocce court. Regulation bocce courts, which are frequently used during league play, are 13 feet wide and 90 feet long, built along a smooth platform.

Regulation bocce sets include eight 100 mm bocce balls and one 60 mm jack. Each set of balls should be color contrasted for ease of play. Many sets come with a convenient carrying case, so you can set up the game at a park or beach. Look for bocce sets that come with instructions and game rules.