select a nearby store

select a nearby store 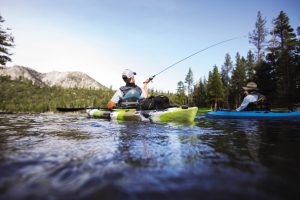 From rods and reels to lures and hooks, our Pro Tips Fishing Checklist will help you plan for your next fishing trip. 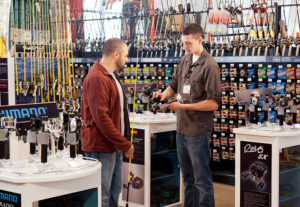 How to Buy a Fishing Reel

Getting ready for a trip to the water? Choose the correct fishing reel for your outing. Whether you’re after a big steel... 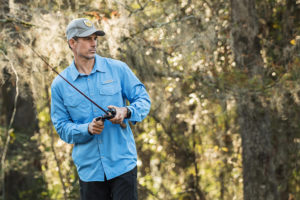 Baitcasting reels can seem complex to amateur anglers, but a general knowledge of the parts at play can help carry your ... 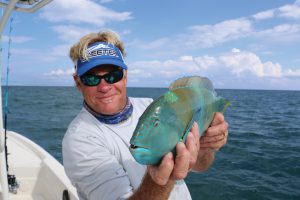 Blair Wiggins shares sight-fishing tips, bait suggestions and his passion for the water. 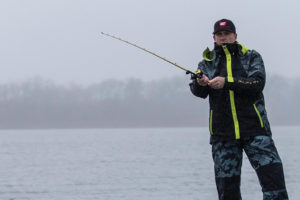 Get tips on how to choose the right model, how to cast without creating that dreaded bird’s nest, and more, courtesy of ...

Bring in Your Catch: Learn More About Fishing Reels

Make the most of your day by the water. Shop fishing reels at DICK'S Sporting Goods—and bring home your next trophy catch.

From freshwater fishing to a day on an iced-over pond, finding the right fishing reel is critical for your outing. Select from a variety of different constructions, materials and features for the reel that matches you. Explore the collection:

Line capacity: Is vital for selecting a reel. Reels can handle as little as 15 yards to as much as 900 yards. The amount of fishing line you'll need depends on your fishing. For example, fishing in a pond or stream will require only minimal line capacity. If you plan on fishing in a lake, you may need more line capacity to handle the water's depth and the type of fish that may run with your line.

Gear ratio: With a fishing reel, turning the handle on the reel engages gears that turn a shaft on the spool. The faster the handle is turned, the faster the spool rotates. Lower ratios provide more power for bringing fish from deeper depths, while higher gear ratios benefit when pulling fish from closer to the surface.

Shop fishing reels or waders for your next day on the water. Learn more about how to buy a fishing reel from PRO TIPS.

What type of environment will you be fishing in? Whether you're after a scrappy trout or largemouth bass, finding the right reel improves your chances of making that catch.

Baitcasting and conventional reels work with the weight of a bait or lure as it pulls on a line, and turns the spool to release more line. These are typically preferred by more experienced anglers, especially when using heavier lures and lines designed for bigger fish—like a salmon or steelhead.

Most baitcasting reels now incorporate a drag system designed to adjust the resistance or drag on the spool to control how much resistance is needed to pull the right amount of line off the spool.

Many fishermen prefer baitcasting for fighting bigger, stronger fish over an extended period, especially big game fish in saltwater. Baitcasting reels are offered in one-piece designs, which lessen the corrosive effects of saltwater.

Spinning reels mount on the underside of a spinning rod. The spool on a spinning reel is parallel to the rod and does not rotate when you cast, reducing the chances of tangles to almost zero. Beginners and less experienced fishermen appreciate the lack of complexity that spinning reels offer.

Spincasting reels are well-suited for beginners fishing in freshwater environments. These devices feature a closed-face, button-operated reel, which sits on top of a casting rod. Spincasting reels feature a line that comes off the top of the spool when casting. The spool remains stationary until you use a thumb button to cast. When you release the button, your bait or lure propel your line.

Sign Up For Email and Get 10% Off**Online only. First-time subscribers only. Returning subscribers will be resubscribed for marketing/promo emails.
Want $20 Off $100?