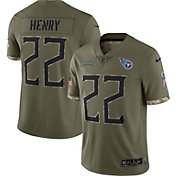 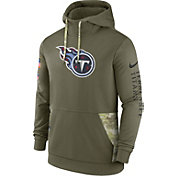 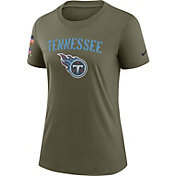 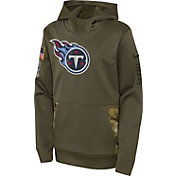 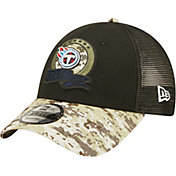 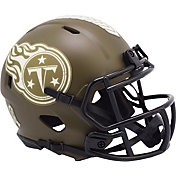 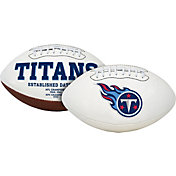 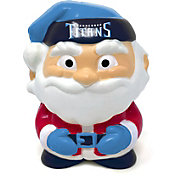 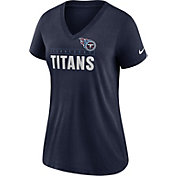 select a nearby store
SHIPPING

If you're tailgating outside the stadium or lounging on the couch, any die-hard NFL fan is sure to find clothing and accessories to fit their needs.

For the true fan, an officially licensed Nike® jersey is the ultimate in game-day gear. Tennessee Titans jerseys are available in men's, women's and kids' sizes.

To complement your game-day outfit, consider a Titans hat. For Titans fans in colder climates, DICK'S Sporting Goods offers an assortment of knit hats from brands like New Era® and '47 Brand®.

For the fan that makes Sunday football a family tradition, look for officially licensed gear for fans of all ages. From NFL Nike jerseys to T-shirts featuring Tennessee Titans logos and wordmarks, you are sure to find something for the whole family.

Even More Titans Gear for Every Game

If you are looking for a relaxed way to support your favorite NFL team, a T-shirt or polo is the perfect fit for you. These officially licensed tops come in a wide range of colors and fits, so you can cheer on the Tennessee Titans to victory.

For the Titans fan who wants to train like the pros, Nike offers an expansive collection of performance tops and shorts.

For the true Tennessee Titans fan, DICK'S Sporting Goods is the ultimate one-stop shop. Find officially licensed apparel, including hoodies, sweatpants, crew-neck T-shirts and polos emblazoned with your team's logo or wordmark to show off your Titans spirit.

Whether you are kicking back for a game in your Nashville home, hitting the gym or cheering in the stands, DICK'S Sporting Goods has everything you need to support the team all season long.

Browse a wide selection of other licensed merchandise at the Fan Shop at DICK'S Sporting Goods.

Sign Up For Email and Get 10% Off**Online only. First-time subscribers only. Returning subscribers will be resubscribed for marketing/promo emails.
Want $20 Off $100?